If you’ve been keeping up with the blog, you’ll know that 7 weeks ago we started on project conservatory makeover. 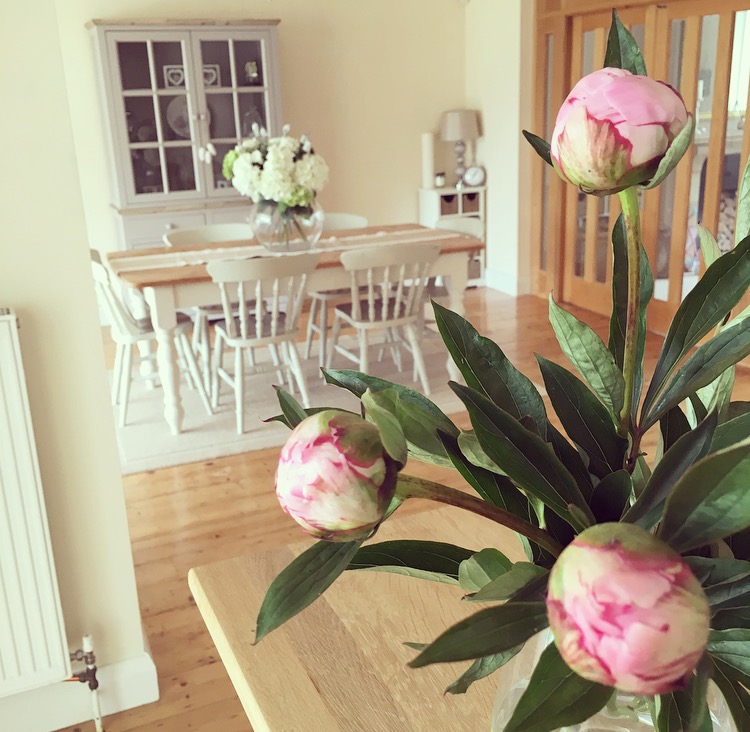 Many homeowners with conservatories will know the all too common issue that the space is too hot in the summer & too cold in the winter. We rarely used the huge room which seemed like such a waste & we also stored a lot of the littles toys out there which meant that in the winter, they’d basically refuse to go out there as it was SO cold.

We also had a slight issue with a leak which was getting worse by the day & ruining the flooring as well as anything underneath it. After contacting many companies to see if we could get this fixed, it basically came back that the company that put it up 8 years ago weren’t as reputable as originally thought & it needed a whole new roof. When we bought the house last March, we were given a 10 year guarantee certificate, however unfortunately for us, the company has since gone out of business & the warantee wasn’t worth the paper it was written on.

SO, that’s when we had the ingenous idea to ditch the conservatory look & head towards a more usable space. If we were going to have to pay out for a whole new conservatory roof, only to have the same issues as before & barely use it, we might as well pay out to put a proper roof on.

On Tuesday told you all to head on over to my The Home That Made Me Facebook page where I did a live chat/reveal to show you the space, you can watch this back on the above link.

Here is the nearly finished look – to say we are pleased is an
understatement & it’s changed the entire dynamics of the house.

Firstly, our old conservatory has been turned into an extension. The sides were built up & a rubberised roof laid with 2x roof lanterns. The 2x french double doors were removed to provide an open plan feel. 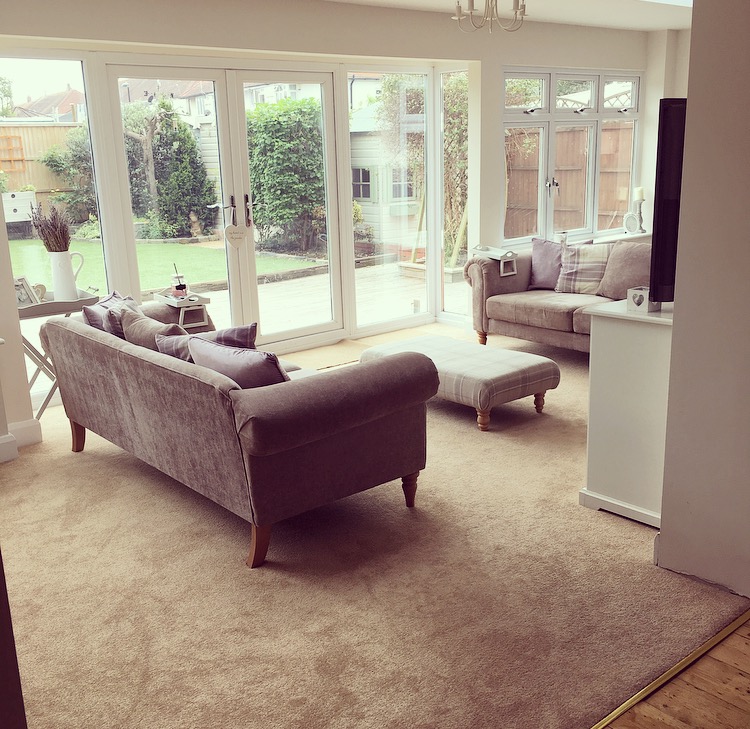 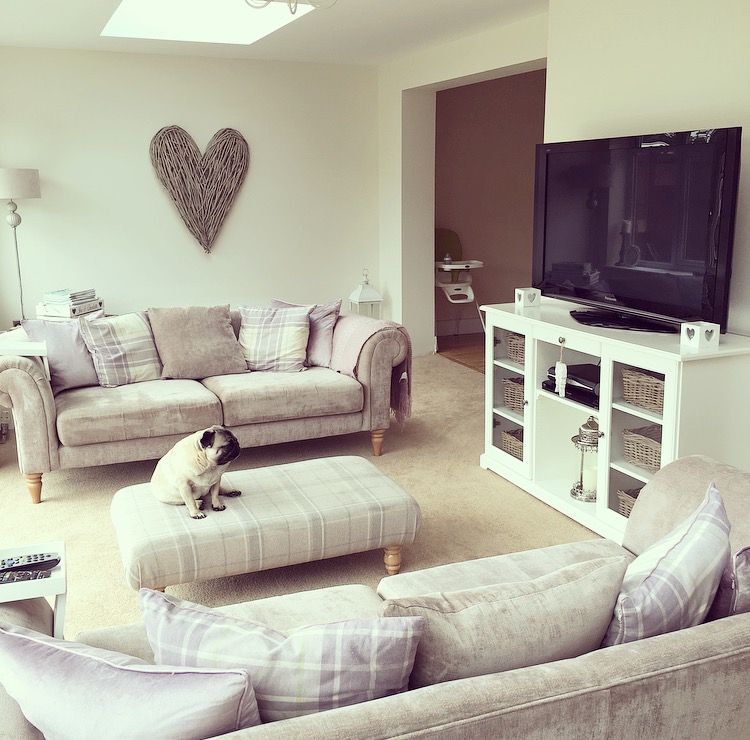 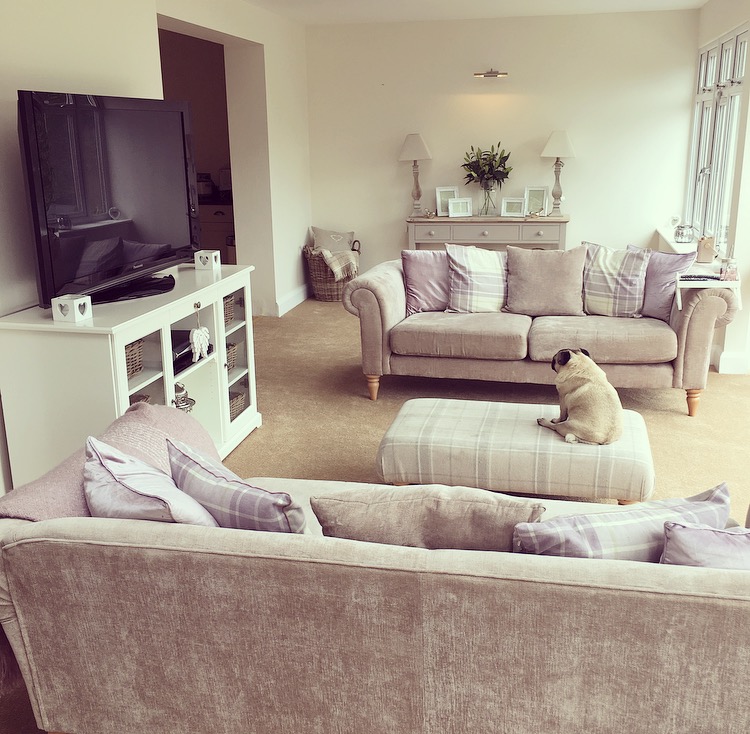 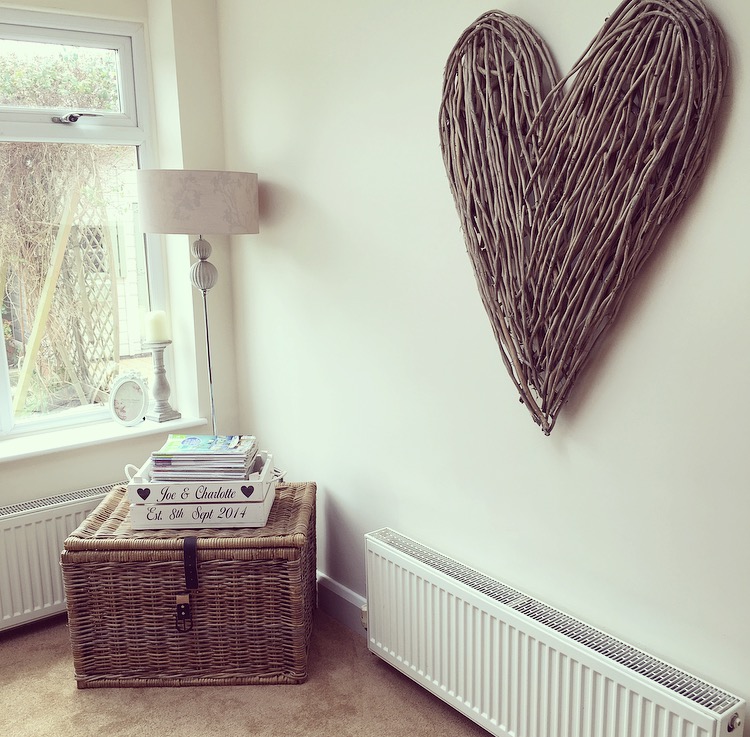 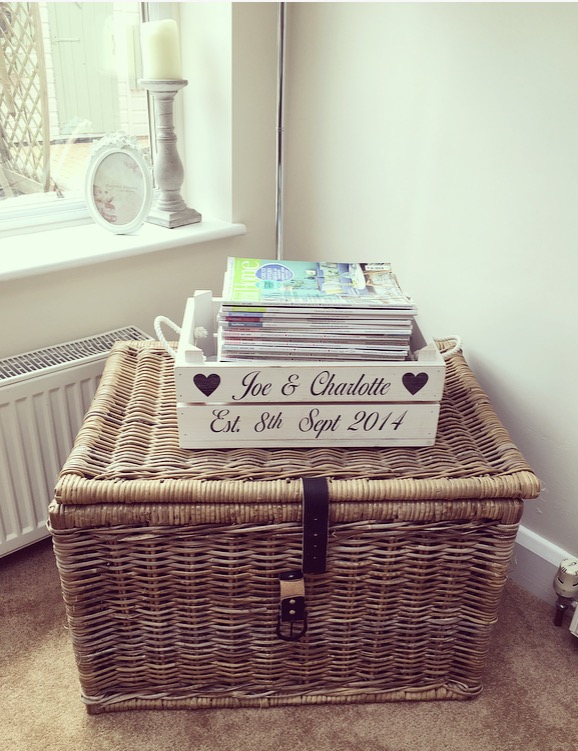 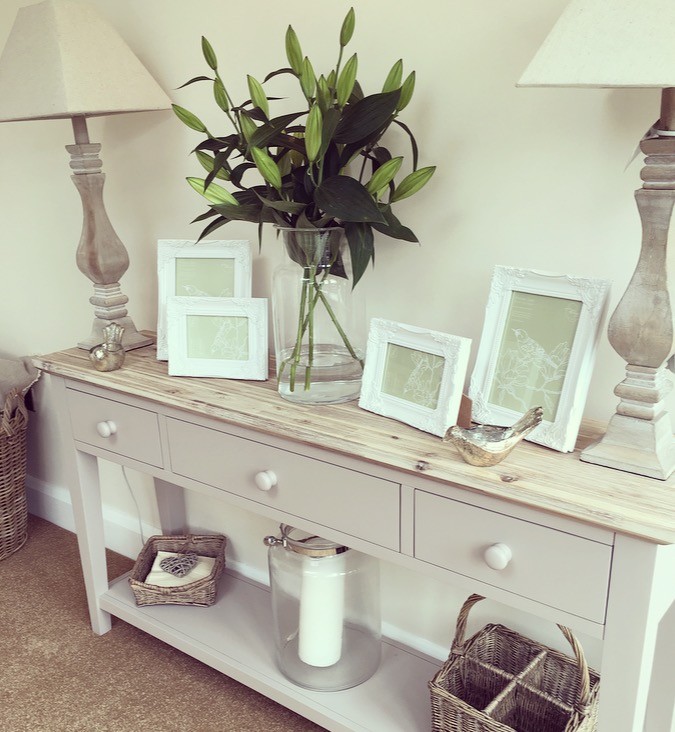 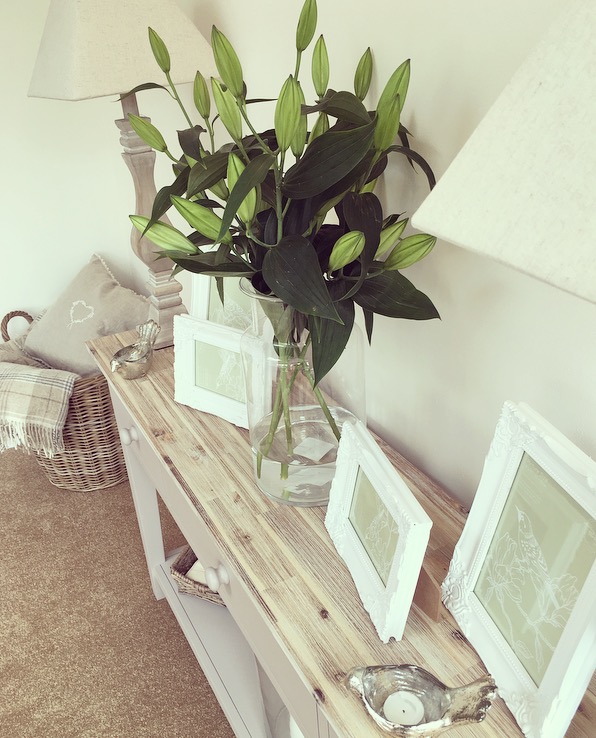 What used to be our lounge has now become a dining room with a table & chairs I found on Gumtree & upcycled. 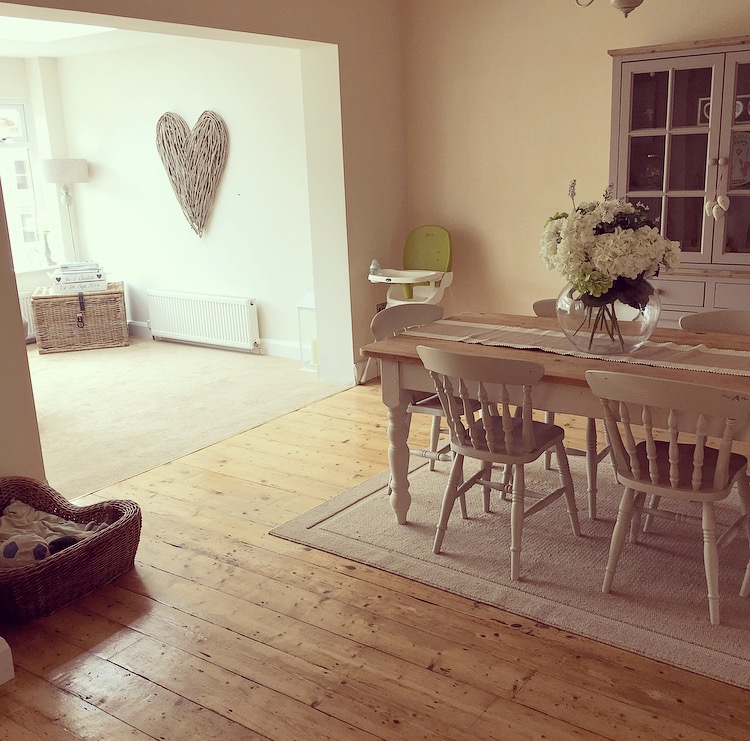 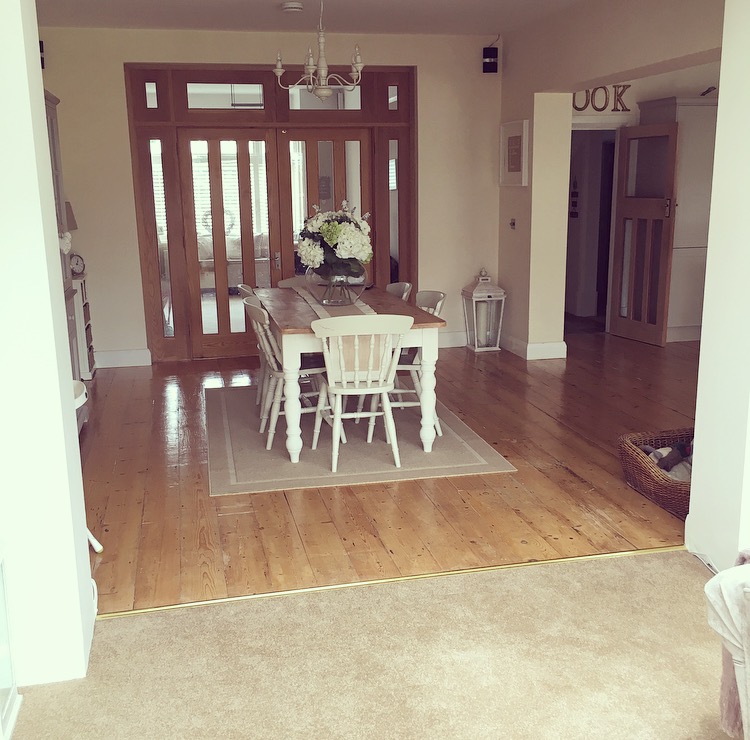 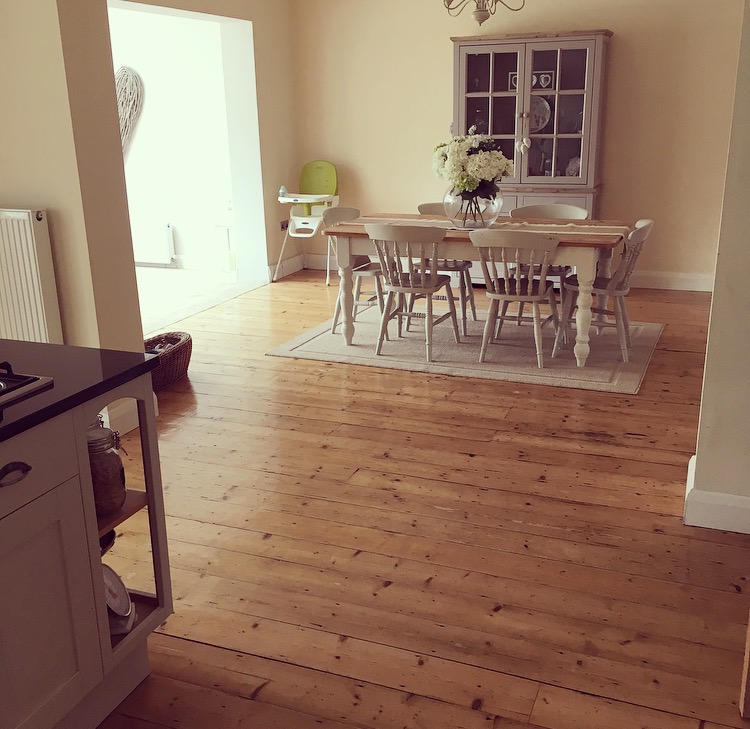 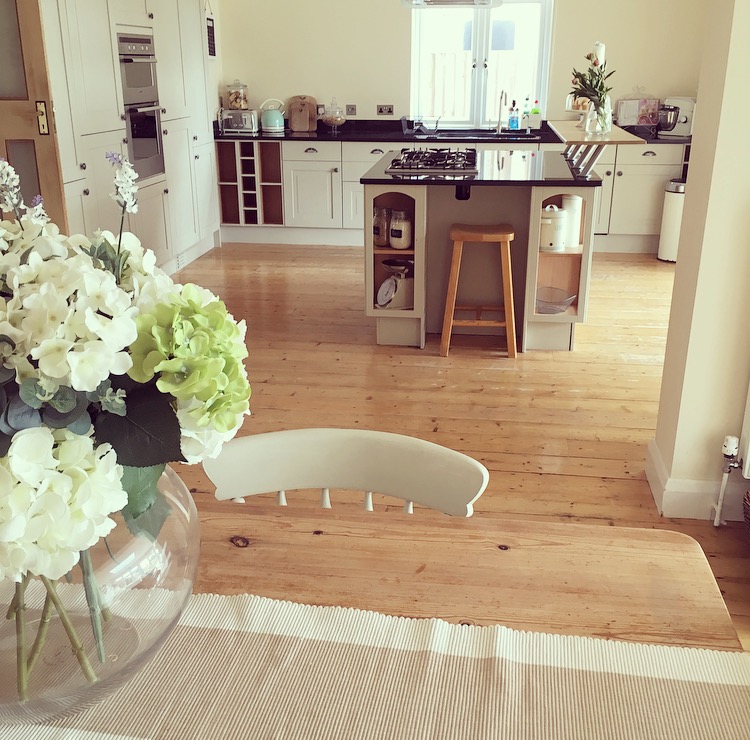 This is still a work in progress. We’ve got a second matching dresser being delivered this weekend & then are planning to open up a blocked up window which was previously in the middle (behind where the current dresser is in these pictures) to let in as much natural light as possible. The two dressers will then go either side of the new window.

What used to be our dining room has now turned into a playroom. This once beautiful room now houses a second hand sofa which can happily be wrecked, hoardes of ugly plastic toys & a TV/DVD with Disney DVD’s. 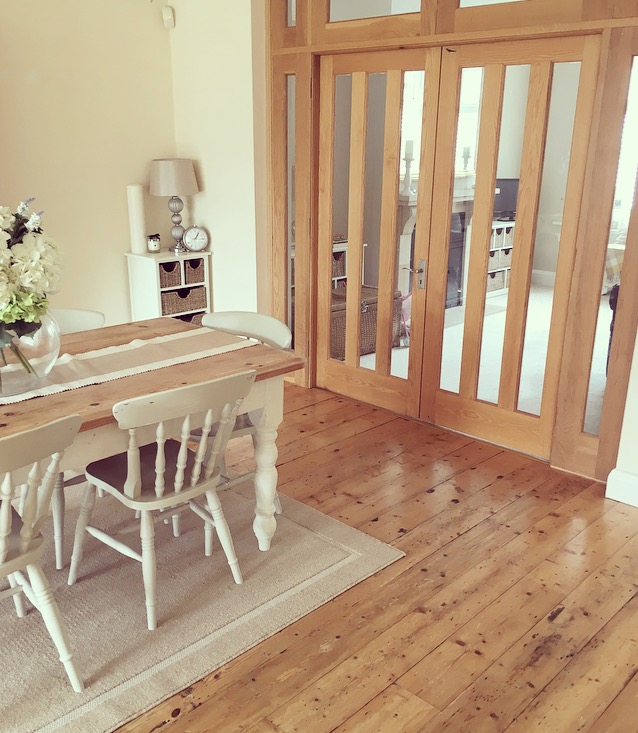 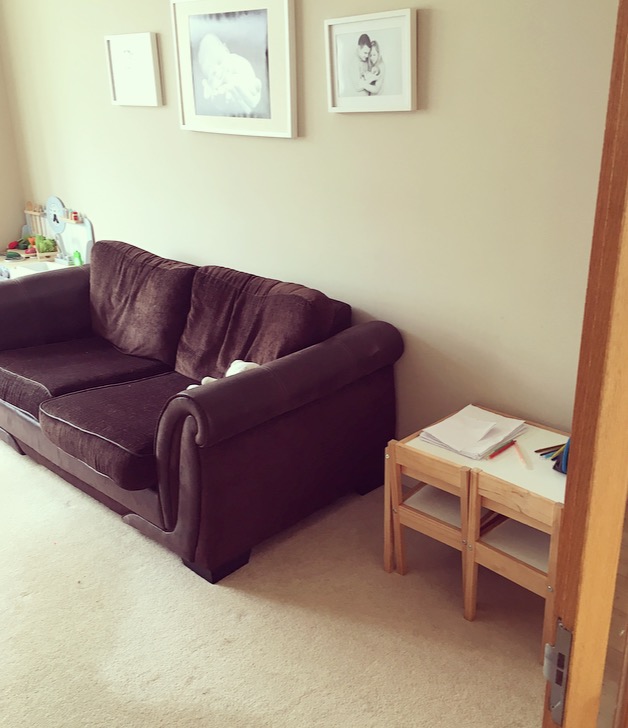 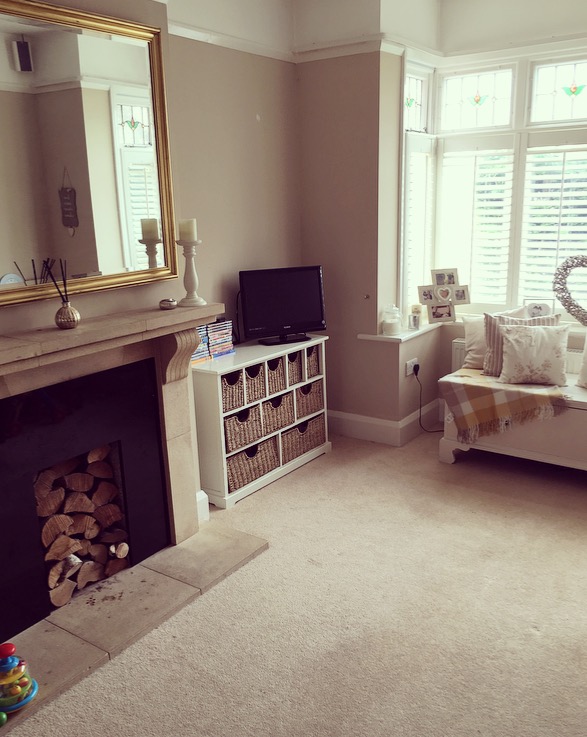 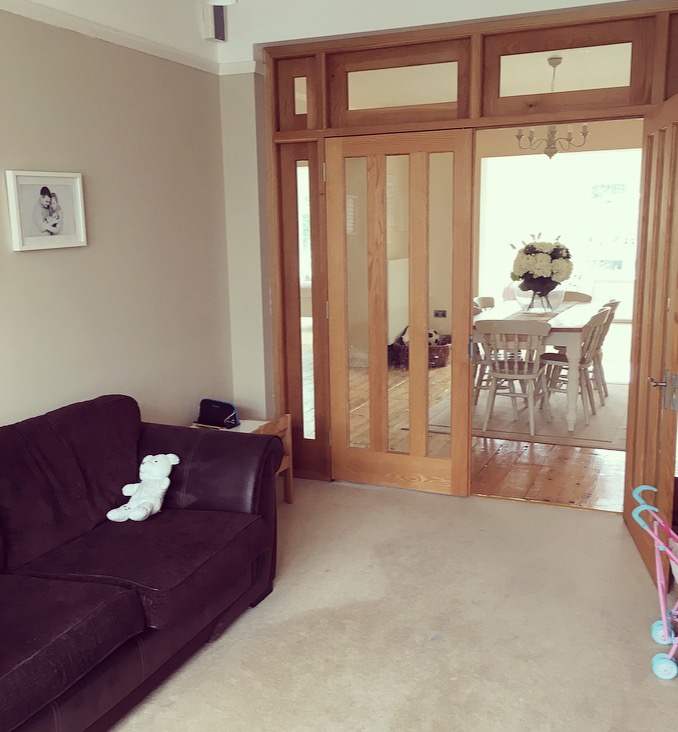 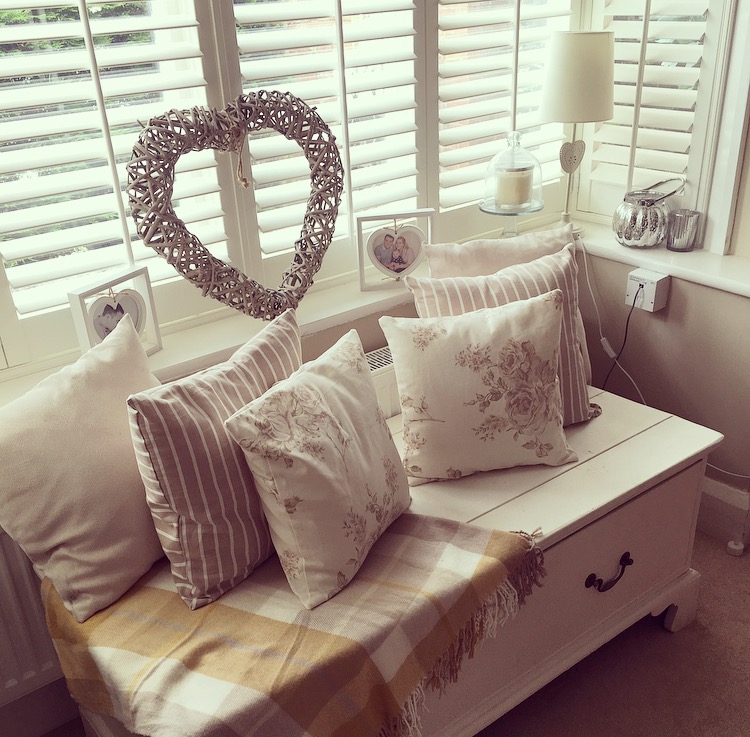 The only good part about this room is my beautiful seating storage bench & shutters which now seem a bit wasted but I’m sure in 10 years when our little’s aren’t so little it can be turned into something a bit more asthetically pleasing. For now it definitely serves a purpose & means that I don’t have to tidy up toys every 5 minutes as they aren’t visable to our normal living space!