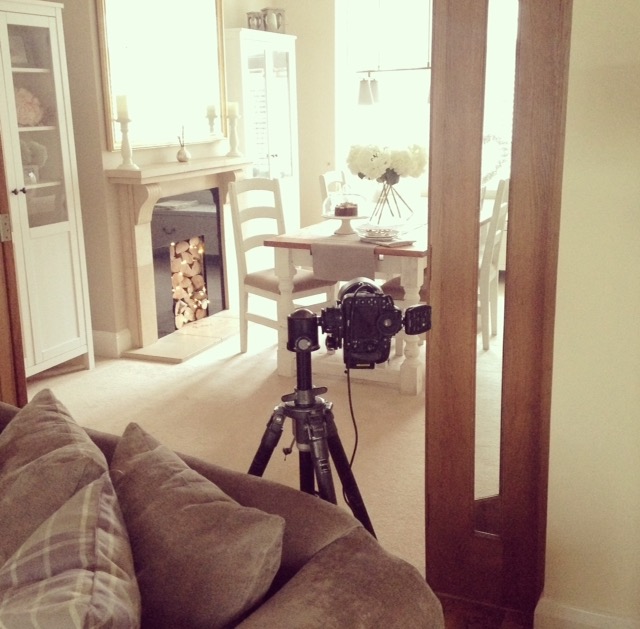 Style At Home magazine is definitely one of my favourite magazines – I love interiors, & I also love magazines. They are under the umbrella company ‘House To Home’ which also incorporates Ideal Home magazine, 25 Beautiful Homes & Country Homes among others.

Although I am an avid reader of Ideal Home (I was bought a subscription by my lovely husband), I do find that a lot of their products are out of the average persons price range, even if they do try to appeal to everyone, most people can’t realistically pay £3k for a sofa or £200 for a lamp. This is where Style At Home comes in & is completely up my street seeing as i’m a bargain hunting savvy shopper & crafty upcycler.

Style At Home shows readers how to get a beautiful look on a budget. The majority of their featured products are from high street shops that anybody can pick up easily & at a bargain price.   They also have sections on crafting & upcycling to show you how to make things, a recent one was where they made a bedside table from old tatty books which looked amazing for under £20.

When I got an email with an opportunity to be featured in the magazine I replied instantly basically biting Laurie, the homes editor, hand off. She let me know that id be a 6 page spread in the June 2016 edition but would be coming with a photographer on 27th October 2015 which was about 6 weeks away.

Leading up to the shoot, I found it a great push to get things done….I managed to persuade Joe that we NEEDED to redo the ensuite bathroom (see my blog post on the makeover here), we also did little things around the house like repainting the front doorstep which was slightly flaking with green paint peeping through. The weekend before Joe mowed the lawn, cut the front hedges & also took down the curtains that run along the conservatory roof which is my worst nightmare. Think 2 years worth of dead flies & spiders falling on your head eek.

I was sent an email with a list of questions which will be used to write up the accompanying article. Some of them were asking where things were from, how I upcycled things, why we moved here/what attracted us which I was told to elaborate on as much as possible. 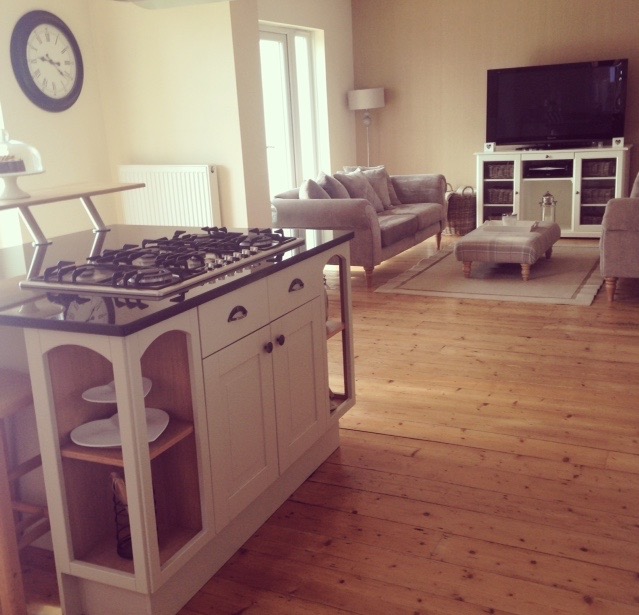 On Monday 26th October (the day before) I got a cleaner in for a couple of hours to help me get the house in to tip top form. I also had to remove all my Autumn decor which got relegated to the shed. I’m not sure if i’ve just got ridiculously high standards but unfortunately after she’d finished, I walked round & wondered what the hell she’d even done as I couldn’t see any difference, so then spent the next few hours redoing everything. The house was beyond show home standard, but then I had to pick Elsa up from nursery & trying to stop a 2.5 year old from making a mess is verging on impossible. 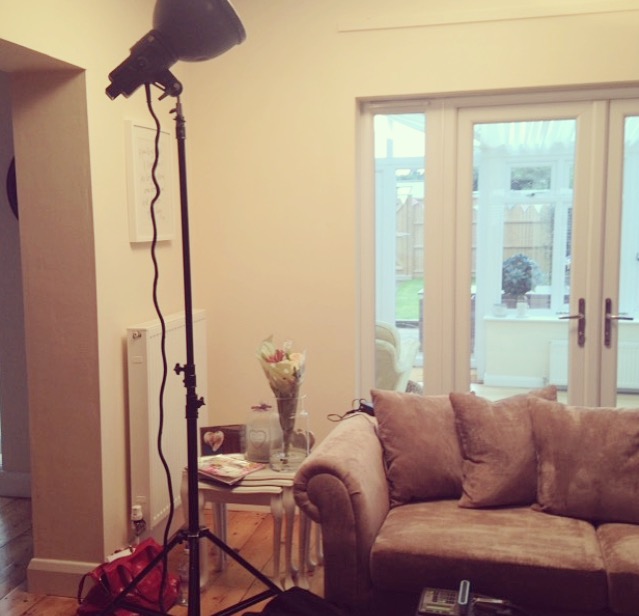 Laurie & photographer Collin (who works freelance for tons of magazines, specialising in Interiors) arrived at 9.30am after i’d sent Elsa off to nursery & Rory to my mother-in-laws house.  It was an absolutely horrible day, it was raining intermittently & very dark which wasn’t great considering we were supposed to be pretending it was the middle of summer. Luckily the professional lighting helped with that. 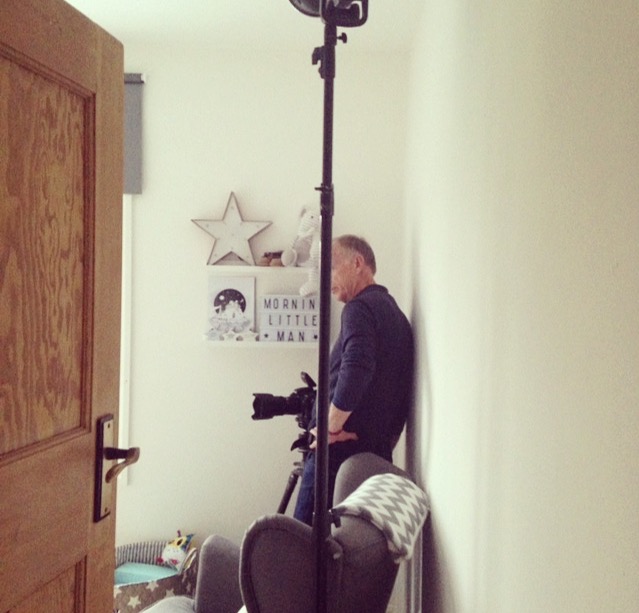 I was told that I couldn’t wear anything black for the shoot which was a completely nightmare for me. I’m forever in black leggings & stripey tops or shirts. I bought some chino’s from Next which I wore with a plain white strappy top, a navy striped blazer & a pearl cluster necklace. Unfortunately on the day I was told it wasn’t summery enough, so I changed to a pink blazer which did the job. 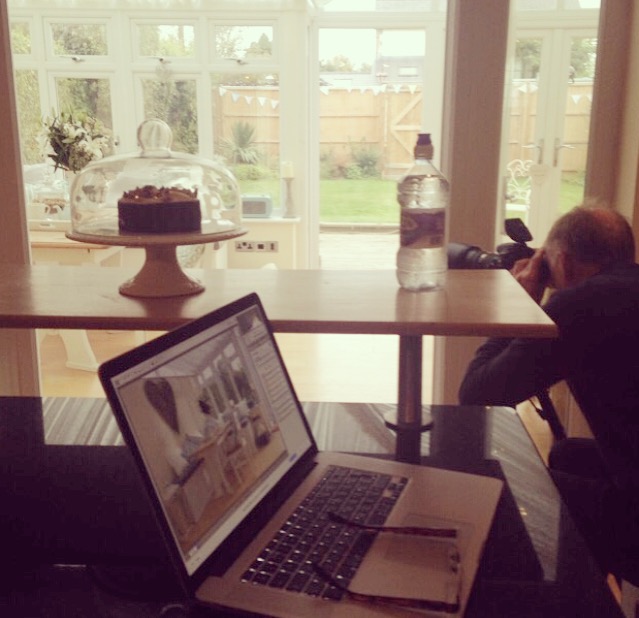 The first room to photograph was the conservatory considering we wanted to get it before the rain really started, we then moved on to the kitchen, lounge & dining room. It amazed me just how long it takes to get that one shot. The downstairs of the house literally took 4 hours of ‘faffing’. I definitely have SO much more appreciation when reading a magazine as to the work that goes in to each image….how one cup may be moved 20 times to get it in to that perfect position. 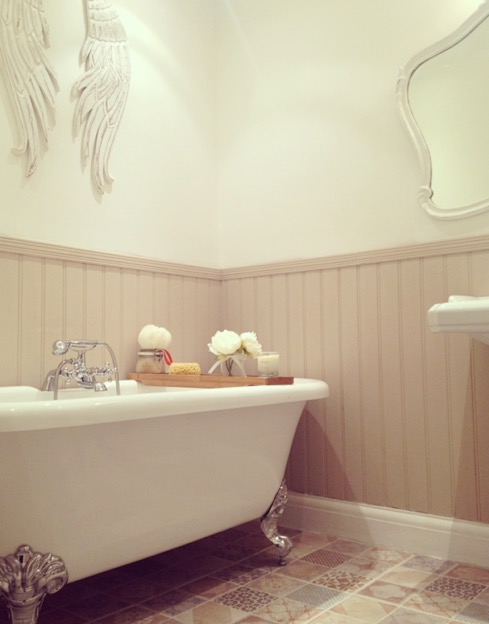 Lots of things were moved out of the way too. Laurie told me how ‘bin’s don’t exist in magazine world’. Although many items are essential for every day life, they just aren’t pretty so lots of items are removed from shot like microwaves, TV’s (although mine’s a beast so it stayed!) & so on. I was warned by several Instagram accounts which had recently been followed that they’d move my TV, make me re-iron all bedding, tea towels etc, move my furniture etc. I didn’t really find it was that bad although we did have to take the en-suite door off it’s hinges for the photographer to get a good image of the bath.

Mungo & Marnie were definitely the stars of the show – Mungo loves the camera & happily posed in various shots to the extent that we kept having to remove him as he wouldn’t get out of the way. We got a few lovely shots of me with both of them which will hopefully be shown! 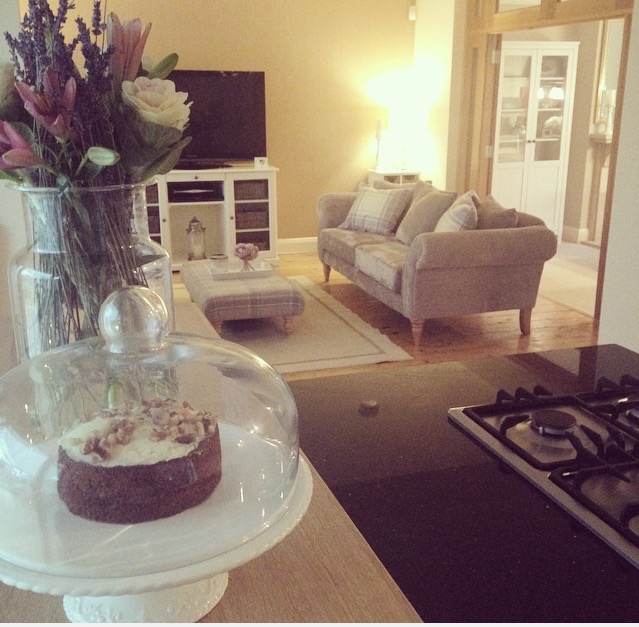 We said ‘it’s a wrap!’ at about 4pm after 6 hours. I felt absolutely exhausted but can’t even describe how much I loved the experience. Both Laurie & Collin were fantastic & made me feel so comfortable even in the cheesy ‘look at me holding a cup of tea’ cringy shots. I learnt several stylist secrets which i’ll definitely be incorporating into my Instagram pictures once I get a better camera than my awful iPhone.

Remember to keep your eyes peeled for the June edition – it usually comes out about 6 weeks before so end April/beginning of May in shops & is priced at £1.99 OR you can get a subscription from Magazines Direct which is running a deal for 6 months for £6.66 (£1.11 each!) but that wouldn’t include the one i’ll be in.

Cant wait for you all to see it!