I’d regard myself as a pretty lucky person. My life has been relatively simple & of course I’ve had some up’s & down’s but all in all, it’s been pretty smooth sailing.

However recently I had a scare which opened my eyes in a way that I never expected & this morning had my first ever operation (so sorry if I sound drunk or have made spelling mistakes…oramorph has knocked me out!). 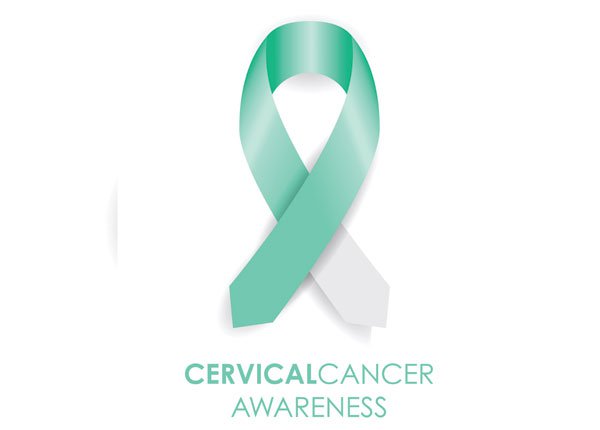 In June I had my first ever smear test after turning 25 in the December before. I actually had to call my GP 3x to chase this as I hadn’t received an appointment when many of my other friends had the procedure done straight after their 25th birthday. I was told that I should have been called but they’d chase it.

The smear obviously wasn’t the most pleasant experience but I figured it was a couple of minutes & it’s a routine thing that us ladies have to endure every 3 years as a part of life (along with periods, childbirth, the menopause & countless other things….men don’t know how easy they’ve got it!). After having two children, my modesty definitely isn’t as intact as it once was which made it easier to get my ‘foofoo’ as Elsa calls it, examined.

After this appointment I forgot all about it, that was until a letter landed through my letterbox stating that they had found ‘low grade dyskaryosis’ (aka abnormal cell changes to you & I) as well as the HPV virus. I’d been booked in for a biopsy in the colposcopy department of my local hospital.

I still didn’t think much of it, but was pretty horrified at having to have my foofoo poked & prodded after a pretty horrific stitching experience after I had Elsa which left me traumatised for life.

On 25th July, I had the biopsy taken which didn’t hurt a bit. The consultant showed me the screen where you could see white patches around my cervix which were the abnormal cells but basically told me not to worry about it & I probably wouldn’t need any treatment as it was so minor. I’d get results back in 4 weeks. I went away feeling put at ease & forgot all about it.

On Friday 5th August, 3 letters came through my letterbox which turned my overthinking, anxious self into overdrive. That weekend was hell on earth & I struggled to function.

The first letter said that my biopsy had indicated CIN3 precancerous cells. CIN ranges from 1 to 3, with 3 being the highest stage before it then led on to ‘official’ cervical cancer.

The second letter stated that I had an appointment on 12th August for a pre-op assessment.

The third letter stated that I’d been booked in for a LLETZ procedure under general anasthetic on 25th August.

After Googling for 3 days straight & convincing myself that I was basically going to die, I found out that usually the LLETZ procedure is carried out under local anaesthetic, not general, which terrified me.

I also overthought everything & put 2+2 together to say that maybe I’d had this for years hence having my two littles ridiculously quickly (Elsa was 45 minutes & Rory just 6 minutes!),

It wasn’t until I finally got to speak to my consultant after what felt like a hundred phone calls 10 days later, that I was told that it would be more comfortable for myself & easier for the surgeon due to the position of the cells which weren’t as accessible as the ‘usual’.

The two week wait was pure hell. I’d go through bouts of bursting into tears & being convinced that something was horrifically wrong. Other times I’d feel OK & the rational side of me would say how worrying was pointless & everything was out of my hands.

This morning I was admitted to hospital & went under general anaesthetic which I was SO anxious about (which probably came in handy they put me first on the theatre list because I was crying & probably upsetting other patients!), but it was actually not that bad. I came round in quite a lot of pain which I can only describe as severe period pains & cramping.

After nearly passing out on the way to the car after being discharged & my blood pressure plummeting, I was readmitted & the consultant came to check me over & kept me in for a bit longer. It was explained that due to the shape of my cervix & the large area that the operation was very ‘challenging’ & it had to have lots of stitches as I was a ‘bleeder’. He admitted that due to the complexity, he was unsure if they’d managed to remove everything they should have & so I may have to undergo the operation again.

The results from my LLETZ procedure will take a few weeks to come back to confirm if all cells were removed & hopefully confirming that it was just PRE-cancerous cells & hadn’t developed further than that.

I can’t even tell you how this experience has changed my life. I have always been relatively healthy (although I could definitely do with losing a few pounds!), but I realised it’s true what they say about health being the most important thing in the world. I’ll be holding my two beautiful children that little bit tighter & really breath in the fresh air. I’m so grateful that something that could have been potentially deadly has been identified & treated.

Now, you may wonder why I’m telling you about this & not talking about interiors. I’m not one to lecture, but please please please, if you are overdue a smear test then please pick up the phone right now & call your surgery. It’s a simple 5 minutes that could potentially save your life. If this post can persuade just one person to book in for a smear then I’d be delighted!