I’ve been overwhelmed with how much you guys loved Elsa’s bedroom makeover & especially the grey, pink & white stripes on the chimney breast which adds a fun splash of colour with a cheeky personality. 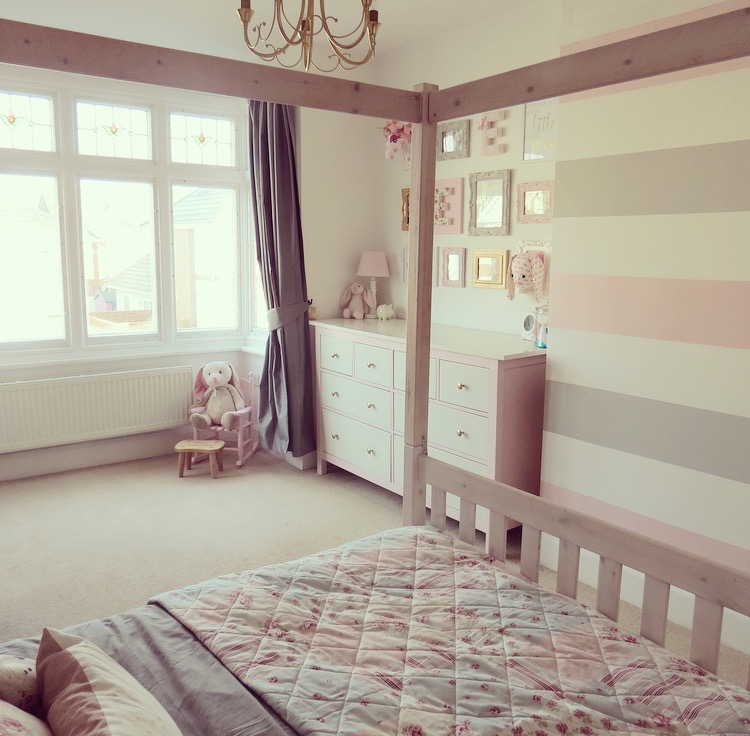 Many people have asked where this wallpapers from, however it’s not wallpaper, it’s painted & you’d be surprised how easy it was to do!


This is also super cheap to achieve as you’d probably get away with using small sample pots of colour for each depending on the size & coverage needed.

The colours I used were Wilko’s ‘Pink Harmony’ & Farrow & Ball ‘Cornforth White’ (which is actually grey!) which I had leftover from painting Joe’s gym.

The first thing I did was to paint the entire room white which was the base colour & made it easy to paint over. Seeing as it was also used as a stripe colour, it meant I only had to work out the pink & grey stripes. 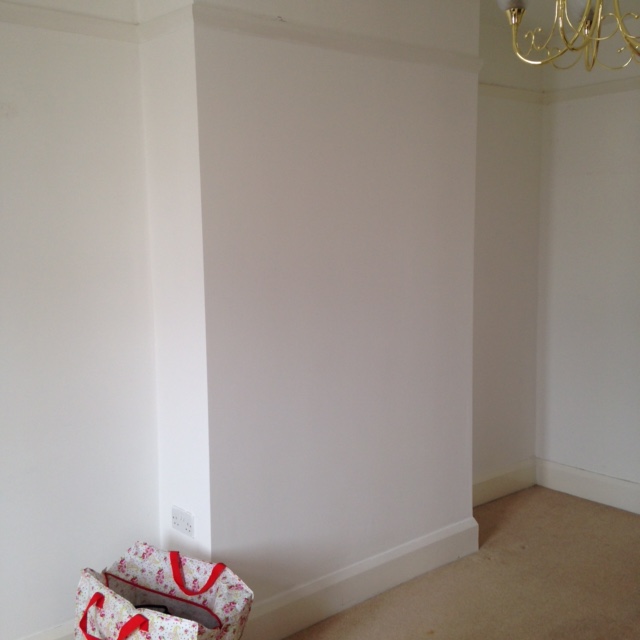 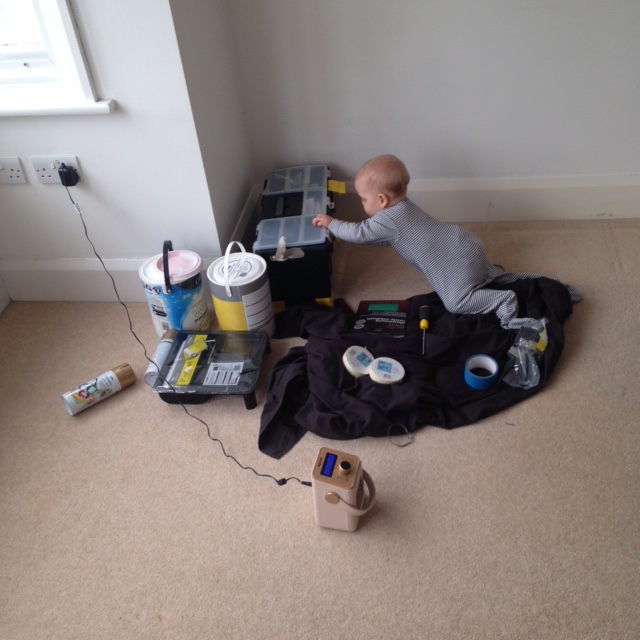 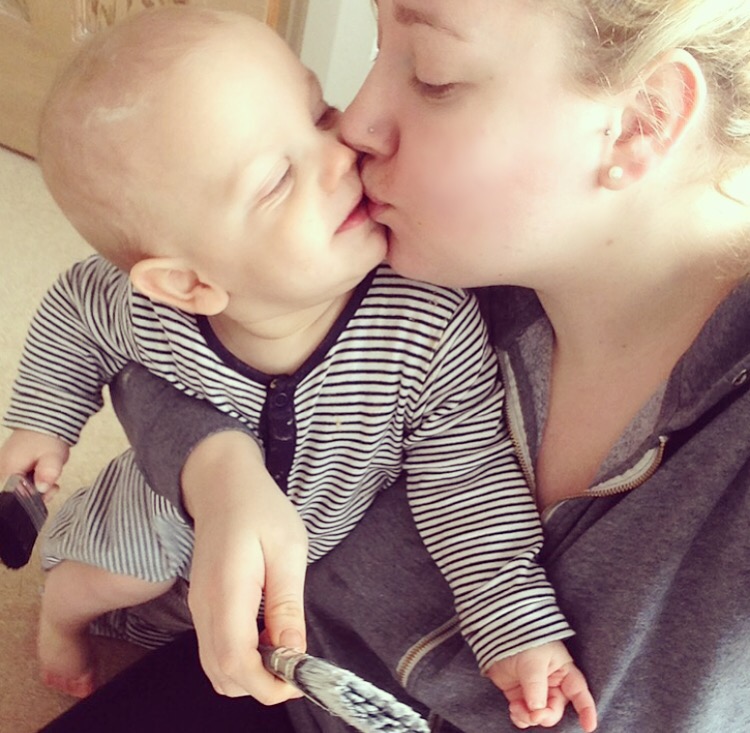 Now for the technical part, stripes should be between 4-12″ (mine were 23cm so basically 9 inches) for the best look.

I measured the total height of the wall to be painted (which was 206cm) & divided this by 9 (the total number of stripes I wanted to use). Using an odd number of stripes is a good idea as it will then start & finish on the same colour as it starts (so I have pink on the top & the bottom). 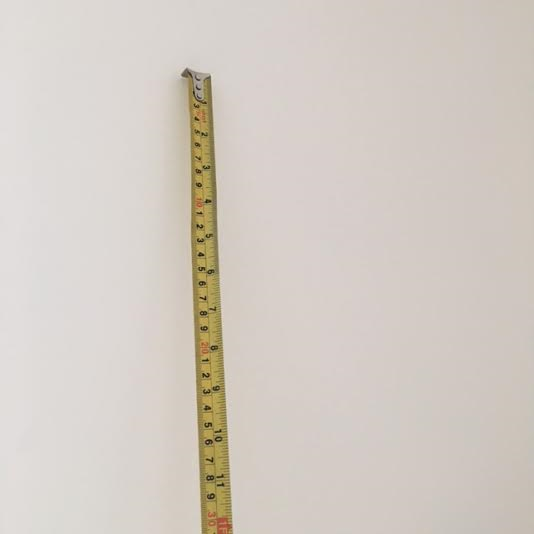 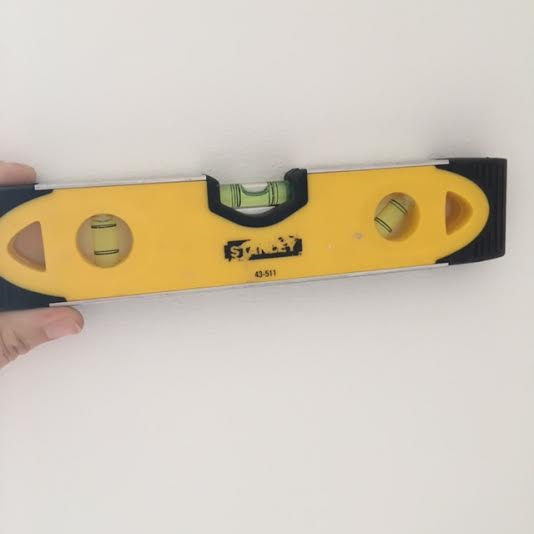 Next, use a spirit level to create a straight line & mark the line ready to start taping.

Once finished, you can start putting your masking tape up. I’d strongly recommend using a good quality one such as Frog Tape for things like that as it’s so important to have a straight edge.

As I already had the wall white, I put the tape to protect the white so my measurements were quite tricky, especially for someone who’s absolutely awful at maths!

After you’ve prepared, you can start painting! Give it as many coats as it needs, usually 2 or 3. 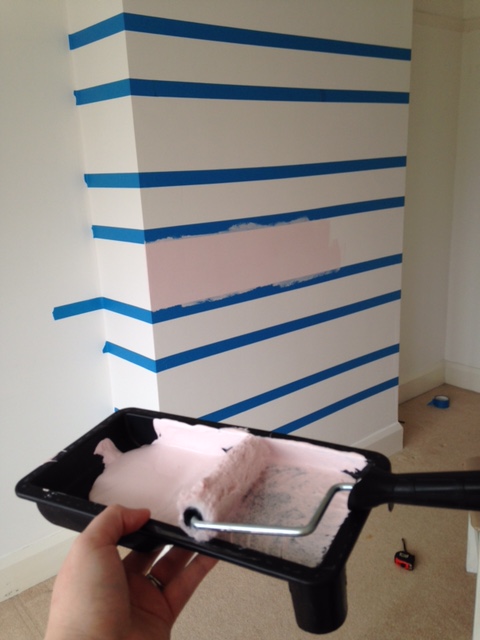 Finally, once dry you can remove the masking tape & view your beautiful striped wall! 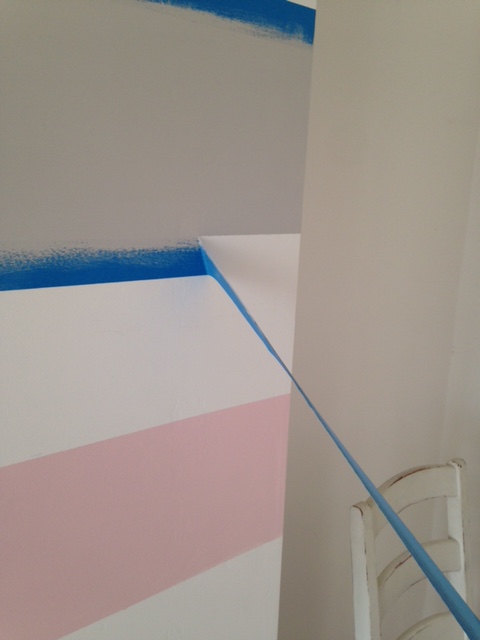 TOP TIP – remove your masking tape after approx 1 hour rather than leaving it too long which may result on it taking some paint with it. If it starts doing this, hold a hair dryer about 3″ away for a few seconds to soften the paint then peel off slowly at an upward 45 degree angle. 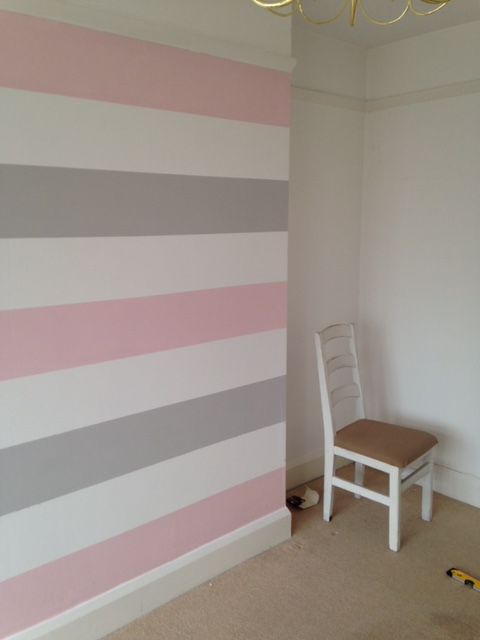