Yesterday I was lucky enough to visit the Ideal Home Show at the Olympia in London & had an incredible day. 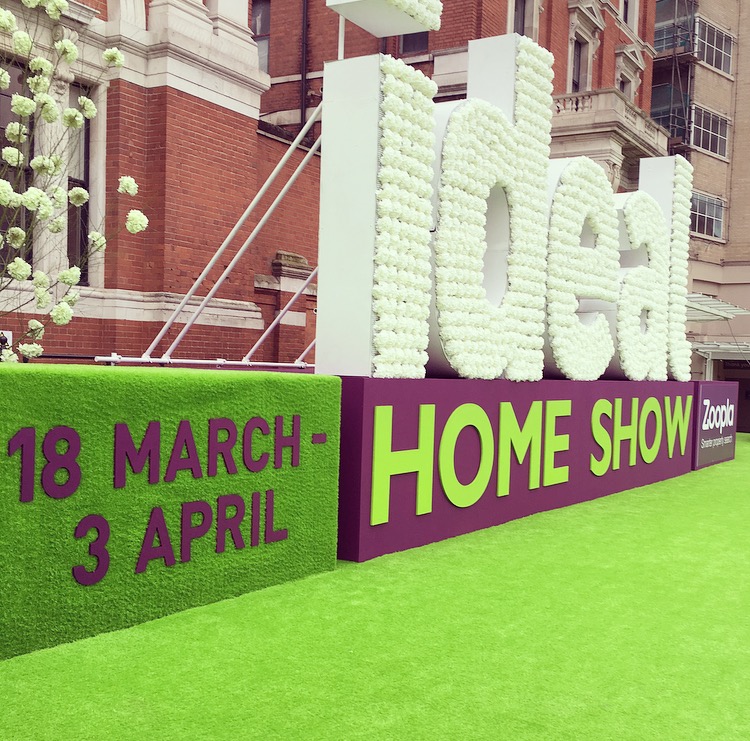 For any fellow home-fanatics, it’s definitely a must visit & I’m sure I’ll be making it an annual thing from now on.

As I live in Bournemouth, travelling to London is quite easy & I managed to book a coach for £18 return which left the station at 8am (shock to the system waking up at 6.30am…) & arrived in London Victoria at 10.30am. It was then a couple of tubes to the Olympia so quite easy to get to.

I went with my lovely Mum who I definitely get the interior gene from as she’s just as obsessed as I am & has recently built her own house, which I’ll blog about in the not too distant future. She & my step-dad are my go-to people for all things DIY. She actually bought her kitchen from the Ideal Home show 2 years ago which was used as a display on the stand & managed to barter them down to an incredible price. 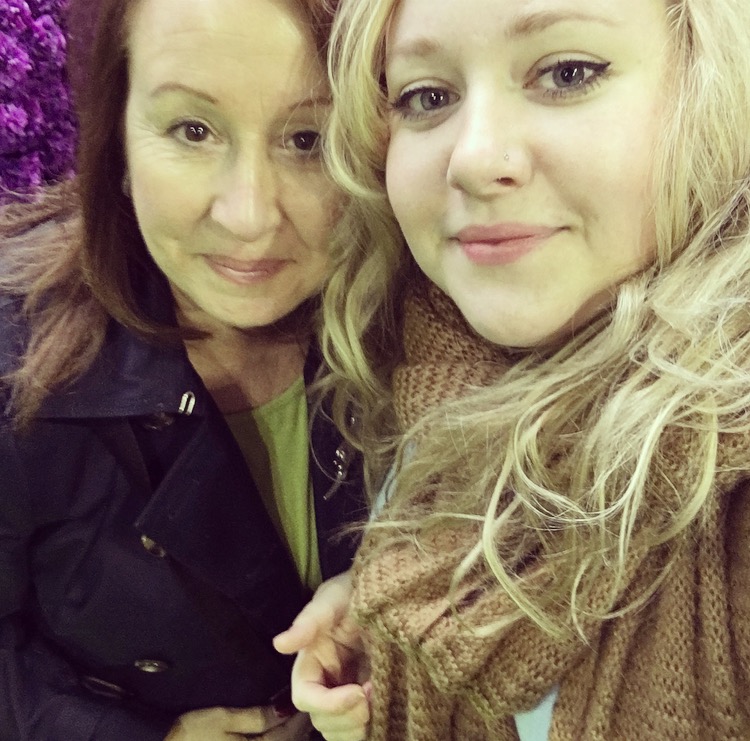 For anybody that hasn’t been, it’s absolutely HUGE & has stalls/displays from some of the biggest names in interiors & exteriors. They have an interiors section, a building/DIY section, a gardening section & a market place. 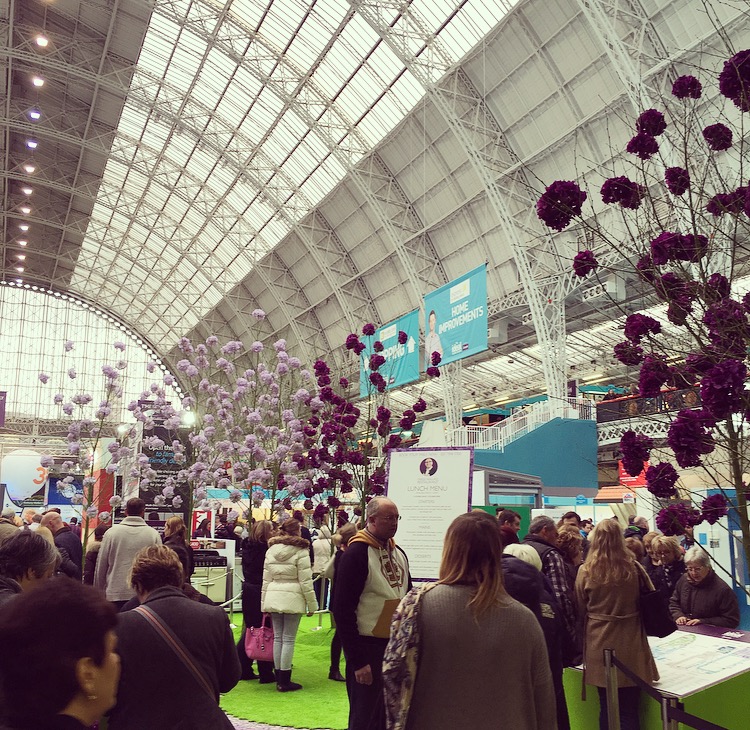 I’m not sure what I was really expecting but I will say that I did expect more inspiration that I actually got from it & some may be disappointed. I found that it was just glorified sales & most of the stalls had typical salesmen/women trying to sell you xyz. 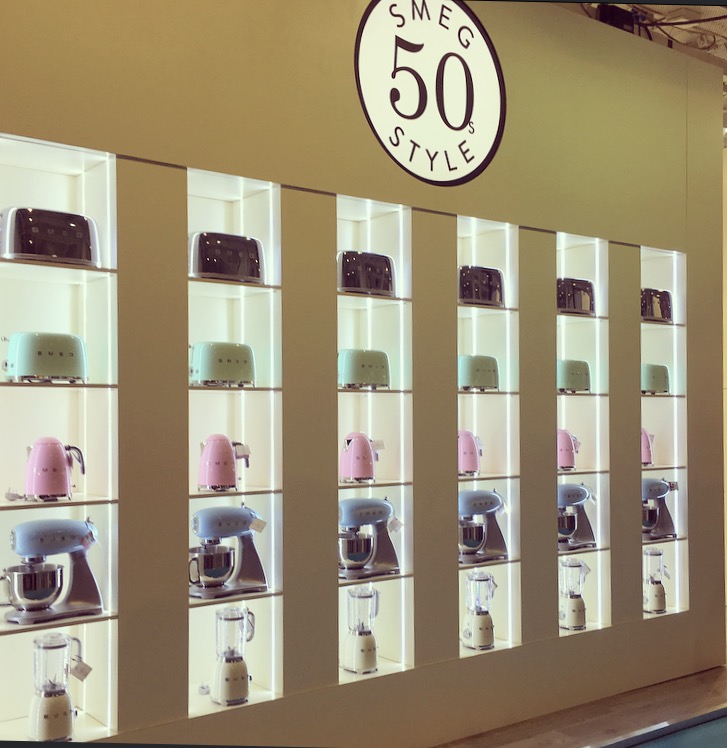 The only room sets were the three houses in the middle of the Olympia, although I only went in one which was the ‘traditional’ house as the other two were eco type newbuilds & the queues were horrendous to enter. I wasn’t that impressed with the interior of this at all though, especially one of the bedrooms which was a complete style no-no for most. 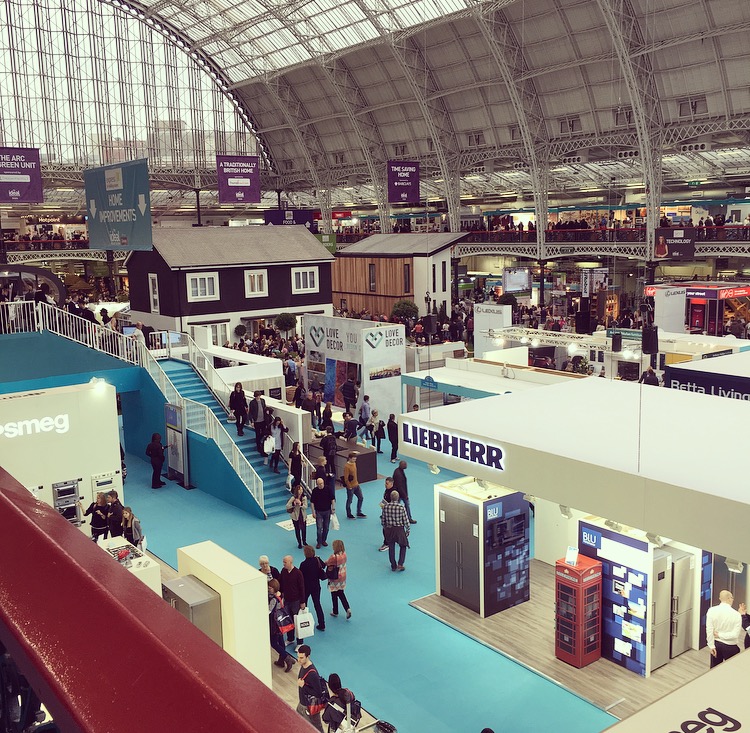 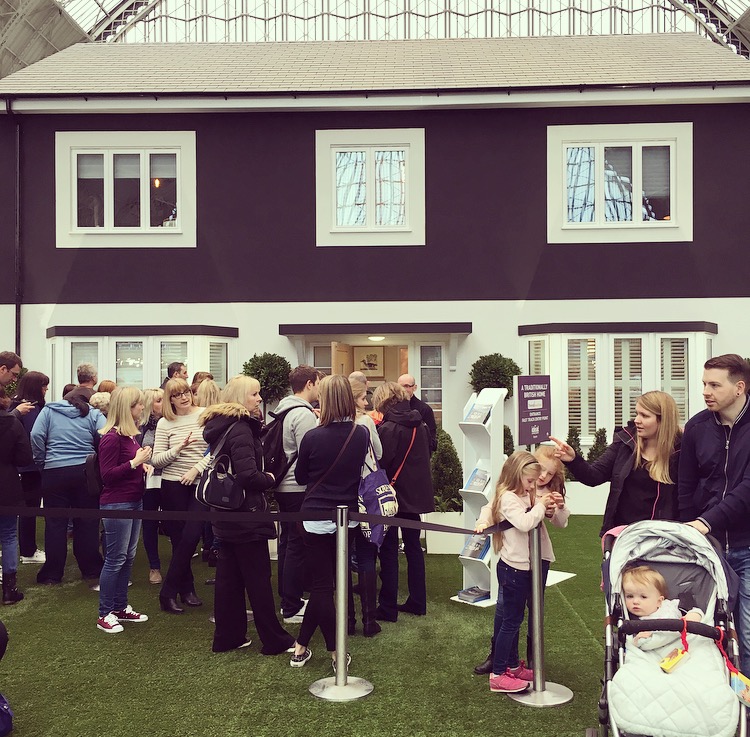 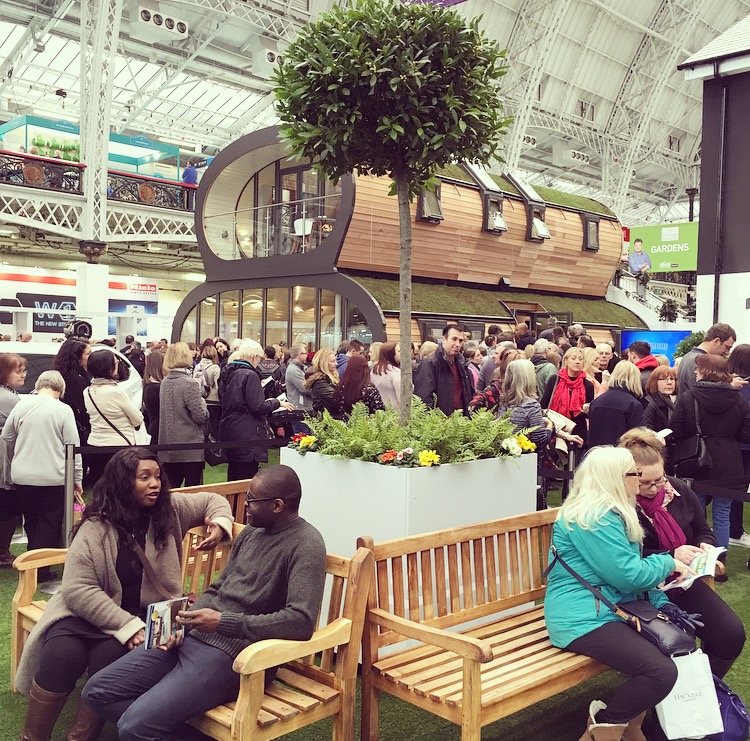 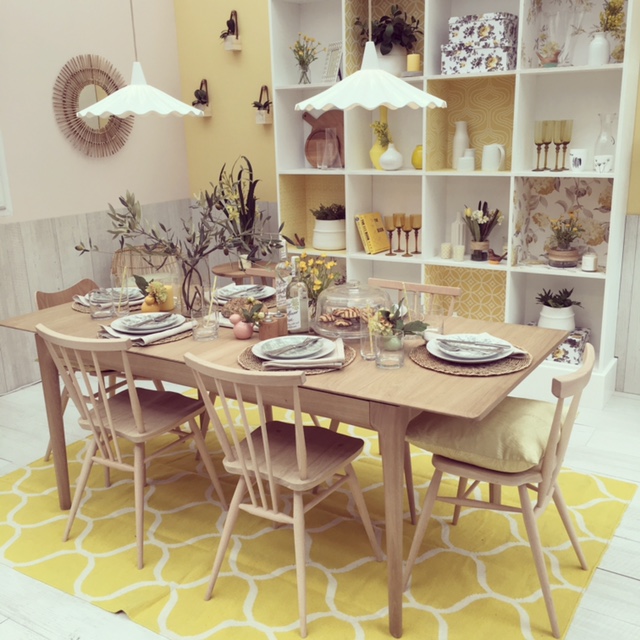 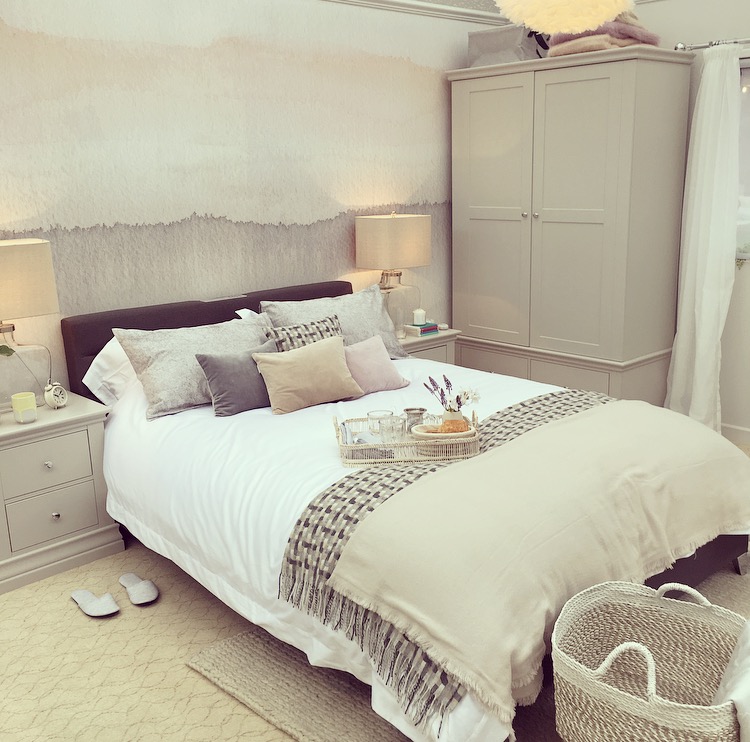 That being said, it was a great day & as I said, I would 100% attend again although I do wish they had less stalls & more room sets!

I was blown away by some of the inventions & ideas that were sold there & found it way too easy to be sucked in to those demo’s that promise the world but when you buy them & get home probably find they are nothing short of useless. 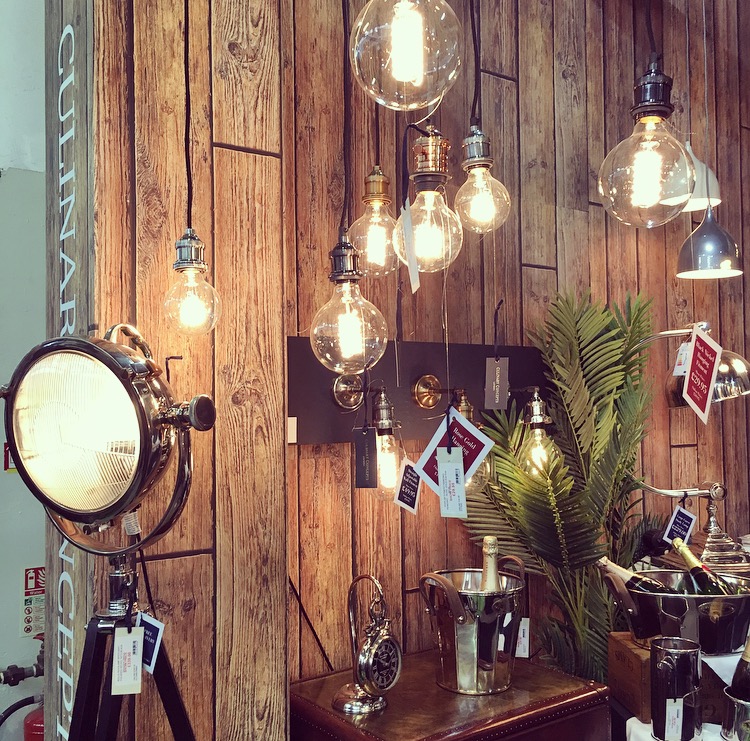 None the less, I ended up buying some Sass & Belle easter bits for the littles, a handwarmer pad for Elsa, hair remover from Melody-Claire, a beautiful-brows kit, a rubber broom & some Iphone camera lenses. I could have easily bought a LOT more though & some of the things sold were SO clever. Definitely have a robot vaccum on my Christmas list.

One of my favourite stalls for originality & the most lovely owner we spoke to was Katie from Bloombox Club which is a monthly (or seasonly) subscription of beautiful plant boxes delivered to your door. Such a great idea for the completely-no-clue gardener like myself. 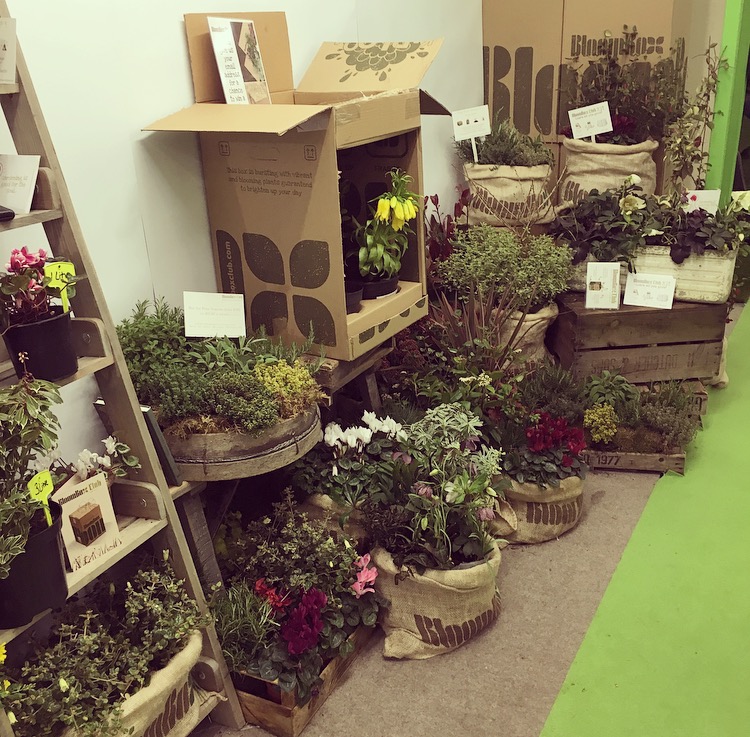 We arrived about 11am & left at 4.30pm, stopping for a quick lunch. Time seemed to fly but by the end my feet were definitely feeling it & when we got home about 9pm all I wanted to do was go straight to bed, which wasn’t the end of the world as husband was glued to the rugby.