‘Making the decision to have a child – it is momentous. It is to decide forever to have your heart go walking around outside your body’ – Elizabeth Stone. 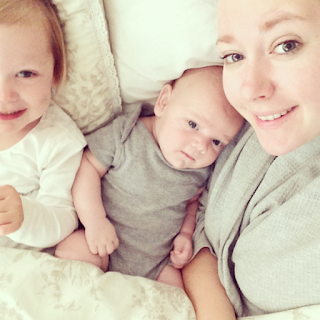 When we decided to collaborate, we thought that following our highs & lows of parenthood would be a brilliant idea seeing as both of our Instagram accounts portray spotless houses, happy loving children & an almost ‘picture perfect’ life. This can sometimes make others feel inferior or like they aren’t doing a good job, BUT, we are human just like everyone else.

We’ll be launching a hashtag on Instagram of #raisingthoserascals so make sure to use it in your posts so we can hopefully build up a support network for those….trying….moments. 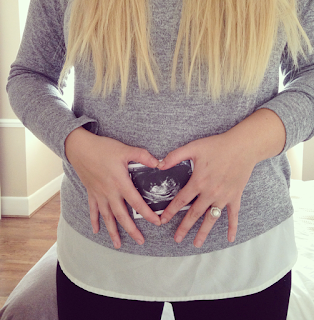 Considering I’m going to be doing some bits on my two little people, I thought it’d be a good idea to tell you about my pregnancy’s, both of which were COMPLETELY different, which I put down to them being different sexes, but who knows? If you haven’t already, you can have a read of my birth stories ‘My Super Speedy Birth Story‘ with Elsa & ‘Rory’s Birth Story – 6 Minute Labour‘.

So, I found out I was pregnant with Elsa on 23rd September 2012, which just so happens to be Joe’s best friend Oli’s birthday. I was a couple of weeks late & despite my normal panic pregnancy test after being 1 day late, I was relatively calm. In fact, I remember mentioning it to a friend whilst sat in my car & saying ‘but I know i’m not pregnant so it’s fine’.

We were due to go out for Oli’s birthday, so whilst shopping for Vodka in Asda I suggested to Joe that we better buy a pregnancy test ‘just in case, but I know i’m not’. I was SO embarrassed that I made him pay for the bottle of vodka & pregnancy tests whilst I ran out to the car.

Back at the house, I started getting ready whilst Joe watched F1 downstairs. Whilst half ready, I came across the tests so decided to take one then just left it on the side whilst drying my hair.

In between my floods of tears I called down to Joe to come upstairs. The only thing he said was ‘well Hamilton just got pole position’. He then proceeded to go out for Oli’s birthday whilst leaving me with a friend, before I got a call at about 9.30pm saying that I better come & pick Joe up because he was paralytic on the floor. Great.

After a few days of basically not talking to each other. We came together to discuss our ‘options’ & both decided that we could do this. The biggest & most life changing decision we’d ever make, but 100% the best one. 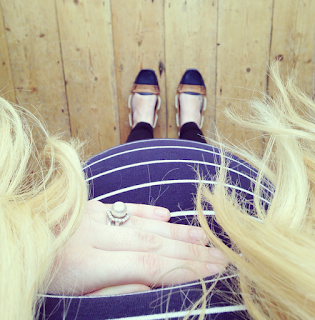 My pregnancy with Elsa was tough. I was extremely sick, to the point of not being able to eat at all & actually losing 2 stone whilst pregnant. Win win. I craved ice by the bucket load in-between my hourly runs to the toilet. Luckily I worked from home so it didn’t affect my life too much but it definitely didn’t calm down until about 30 weeks pregnant.
We found out we were having a girl at 16 weeks with a private scan in Southampton. I desperately wanted a girl, whereas Joe wanted a boy. I had it in my head that it would be a boy, probably so I didn’t end up disappointed. I was so absolutely over the moon when the sonographer told me we were having a baby girl.
Name wise, I have ALWAYS loved the name Elsa, but another contender was Evelyn (although Joe didn’t like how it would be shortened to Evie). If she was a boy then she’d have been called Archie.
I started my maternity leave at about 34 weeks pregnant which was absolute bliss. I’d wake up about 10am, walk downstairs & bounce on my yoga ball whilst watching ‘Homes Under The Hammer’ & drinking tea. It was amazing weather that April/May too so I used to sit in the garden like a big beached whale all day.
That was probably the last peace & quiet i’ve had or will have for the next 18 years…. 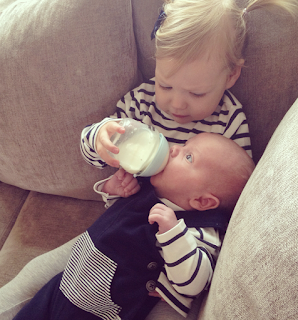 So my pregnancy with Rory was planned, kind of. We were getting married in the September so agreed that i’d come off the pill a couple of months prior to this as it normally takes a while to get pregnant…..apparently not as I fell pregnant pretty much that day.

I was 9 weeks pregnant when we got married which was a bit annoying as I love a glass of wine, or 10. But it was also lovely as we got to announce the news in Joe’s speech (see here) & I guess prevented me from completely wrecking my dress rolling round on the grass or being sick on it. Classy. 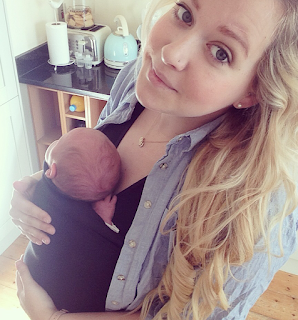 My pregnancy with him was completely different. Apart from the usual uncomfortableness I felt fine. I wasn’t sick once. Unfortunately, despite having the same crazy Ice craving, I also craved every other food (as long as it was covered in grease or sugar)….which resulted in me putting on weight.

The only big drawback to this pregnancy was that I had Elsa to run around after which isn’t easy when you are the size of an elephant & she’s the speed of a cheetah. No more lazy lie-in’s sipping tea or bonding time feeling the baby kick. It was all go go go.

I did spend a lot of the pregnancy feeling worried about the birth seeing as Elsa’s labour was quite traumatic. I was constantly thinking ‘what if I went in to labour whilst at home with just Elsa there & she heard my screaming, it’d scar her for life’.

Name wise, we didn’t really like Archie anymore, but also hated the majority of other boys names. Joe wanted something ‘strong’ & traditional but I find that all too boring & much prefer something a bit more quirky & unusual. I loved Finley, Flynn & so on….but they were apparently too ‘flowery’. I also loved Rory, which Joe didn’t dislike as much as the others so eventually we agreed on that.  If he was a girl he would have been called Lyla. 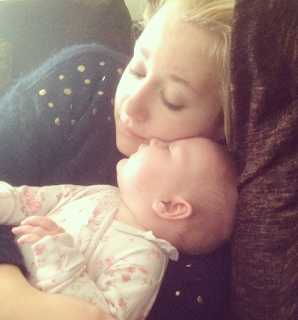 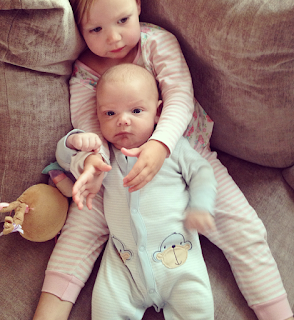 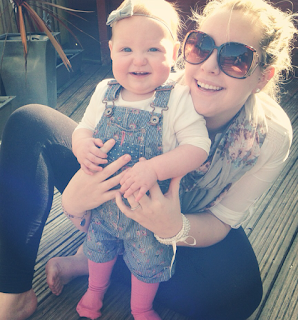 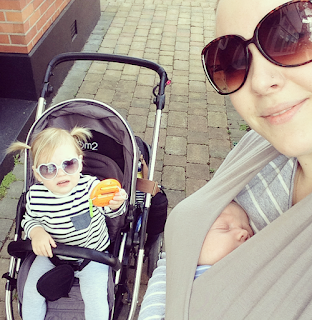 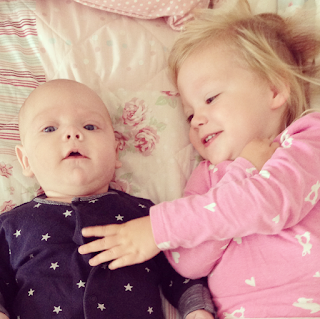 Until I had children, I didn’t even know my heart was capable of so much love. It is an all-consuming, even sometimes suffocating but oh so beautiful kind of feeling which will never go away.
Being a mother is the most rewarding, most beautiful thing imaginable. I wouldn’t change a thing ♡
Hopefully the ongoing blog posts here & over at www.buntyliving.blogspot.com will show you the good & not so great sides of parenting. We would love to hear from you all & work together on the hashtag #raisingthoserascals so please do get involved!!